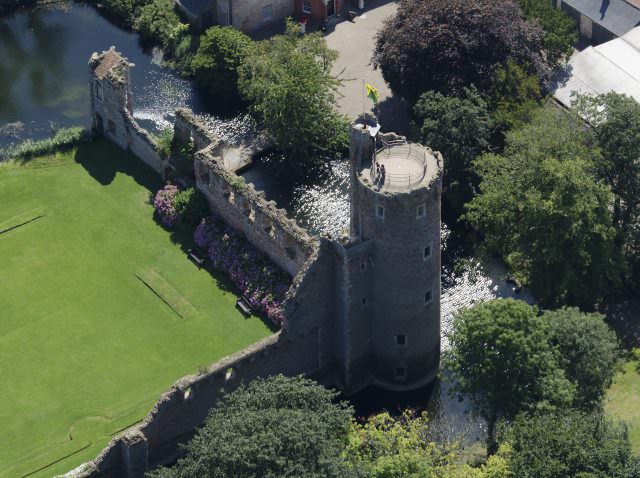 A trip to Caister Castle makes for the perfect family day out in Norfolk and, as well as being great fun, it is also a way to inject a little culture into your time in the area. In spite of its age, parts of the castle remain intact to this day, and visitors are able to climb up and take in the views. But what makes Caister Castle so special, and what’s the story behind it? Find out more here…

Where is Caister Castle?

The castle is situated in West Caister, a parish just north of the popular seaside town, Great Yarmouth on the Norfolk coast. It’s also in The Broad National park- a famous part of Norfolk, and many people visit both the Norfolk Broads and Caister Castle in the same trip.

How Old Is The Castle?

Caister Castle dates back to the 1400s, and is believed to have been built between 1432 and 1436 by Sir John Fastolf. The official completion date of the castle coincides with the visit from the Duke of Norfolk in 1446, though it was mostly finished by 1440. The castle suffered some damage in 1469 when it was besieged by the Duke of Norfolk, however, and then (apart from the tower) fell into ruin when a new house was built nearby in 1600.

What Is It Built Of?

The castle was originally built with brick and, despite the fact that it fell into ruin in 1600, it remains one of the country’s best-preserved brick castles of the period. In fact, Caister Castle is one of the earliest brick-built residences to have been built in the country, and features particularly sophisticated brickwork in the great tower and the inner court. It is thought that the clay used to make the bricks was dug just over a mile from the building site of the castle.  A good amount of the original brick still exists for visitors to appreciate.

Why Was It Built?

The Norfolk Falstof family inherited the manors of Caister Hall and West Caister in 1363, and John Falstof, one of the greatest Lancastrian soldiers and diplomats of the Hundred Years War was born in the moated manor house on the site. It is believed that the castle was built for defense, as a result of the high curtain walls and towers with arrow slits and gunports. It is believed that Falstof intended for the castle to be converted to a large chantry to pray for his loved ones’ souls after their deaths. After disputes about Falstoff’s will, however, the castle devolved to the Paston family- which is why it features heavily in the famous ‘Paston Letters’.

What About The Moat?

The castle’s moat was filled with water from the River Bure, and it is reported that it was connected via the river to the sea through Pickerill Creek. The bridges across the moat could be raised, presumably as a means of protection. It is possible that the moat that surrounded the house Falstof was born in was a part of the later castle’s moat.

Whether you are specifically interested in castles, or simply want a day out that’s a little different, Caister Castle is well worth a visit!

Save up to £100 slashed off the last remaining holiday caravans for the first week of the school holidays (22nd July – 29th July)! You’ll need to book now before they’re all gone!